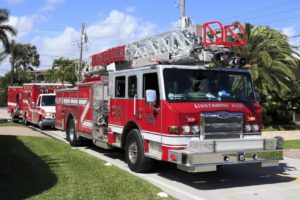 The City of San Jose Police and Fire Department Retirement Plan has $85 million to commit to secondaries funds before year-end, according to documents from its October investment committee meeting.

The pension’s 2014 private equity plan called for $100 million in commitments to two to four secondaries funds before the end of the year. However, the only commitment made was $15 million to Industry Ventures III, which closed on $170 million in September.

The commitment marks the first time San Jose has invested with Industry Ventures but the two parties had been building a relationship over the past three years, a source familiar with the situation told Secondaries Investor.

It’s unclear why Industry Ventures is the only secondaries fund manager San Jose selected and the pension declined to comment.

San Jose is looking for exposure to the secondaries market because it is missing four vintage years from its private equity portfolio, the documents disclose. The missing years are 2007, 2009, 2010 and 2011.

According to the source, San Jose is missing those four vintage years because of changes in management and “shifting priorities”.

The change in management also led the pension to focus its investments on other markets between 2009 and 2011. San Jose has been working through overall pension allocation issues alongside municipal budget constraints in recent years.

Secondaries is an attractive opportunity for San Jose because of a “strong volume of sellers”, and “moderate capital overhang [that] minimises competition”. The pension also cited the market’s bank-related opportunities in Europe as a reason to invest in the market.

However, because San Jose couldn’t fill its secondaries allocation this year, it has added the strategy to its private equity plan for the fiscal year 2015.

The pension plans to commit between $40 million and $60 million to secondaries funds with a US or European focus before June 2015, according to the documents. In the long-term it expects to allocate 15 percent of its private equity portfolio to secondaries.

Private equity currently makes up 8 percent, or $385 million (including uncalled capital) of the total fund.