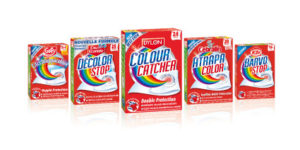 The Rockefeller Foundation has sold its stake in BC Partners’ BC European Capital VIII to an Irish buyer, according to UK regulatory filings.

BC European Capital VIII closed on €5.88 billion in 2005, according to PEI’s Research and Analytics division. Other limited partners in the fund include the California State Teachers’ Retirement System, AlpInvest Partners and the Ontario Teachers’ Pension Plan, which committed more than $100 million to the fund, according to its website. Australian asset and wealth management company MLC Limited was also an LP in the fund, but sold its stake to Partners Group last month, according to a UK regulatory notice.

Fund VIII was generating a net internal rate of return of 5.24x for CalSTRS as of 30 September 2013, according to documents from the pension.

In February the firm exited its stake in healthcare services business MultiPlan, generating a 2x return, Secondaries Investor’s sister publication Private Equity International reported. Following the sale, BC had returned about €1.4 billion to Fund VIII in the prior six months alone.

Most recently, BC agreed to sell cleaning product and insect control company Spotless Group to German corporate Henkel for €940 million, PEI reported.  BC was unable to disclose how many companies remain in Fund VIII’s portfolio, but as of last month there were eight.

Rockefeller, which did not return a request for comment, sold the fund stake to Dublin-based EmpirePEP, which is led by Brian Goonan and Desmond Tobin, according to an Irish company online database. Goonan is reportedly a vice president at Swiss asset manager LGT and Tobin is managing director of LGT’s Irish operations, according to his LinkedIn profile. EmpirePEP and LGT share the same Dublin address; however LGT could not comment on whether the two parties were the same. LGT’s most recent secondaries fund, Crown Global Secondaries III closed on $2 billion in 2013. The fund is LGT’s largest to date.