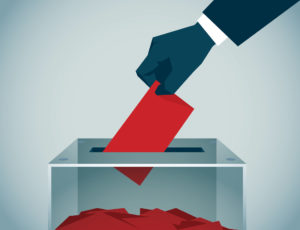 Our annual awards poll has been open for a while and the response has been extremely heartening. Readers have been quick to deliver their verdicts on the smartest buyers, the best advisors and the most innovative deals of 2017.

For those who haven’t yet got around to voting, perhaps busy with end-of-year dealmaking, hark: some categories are so tight that your decision could make all the difference.

In Asia-Pacific votes for the region’s best secondaries firm are finely poised, as international powerhouses such as HarbourVest Partners, which closed one of the largest deals in the region last year, duke it out with local specialists like TR Capital, which did a lot to advance the cause of GP-led processes in the region during 2017.

The US deal of the year category is even more finely poised, with the three most popular choices separated by a few percentage points. Stapled deals, recapitalisations, spin-outs and LP stake sales all make an appearance on the shortlist, with Ardian, Coller, Landmark and Lexington just some of the firms whose deals are in contention.

Firm of the year in Europe is another close-run category, which again demonstrates how deep and diverse the secondaries market has become. Players such as AlpInvest, which closed its largest secondaries fund on $6.5 billion and was buyer in one of our deals of the year–the restructuring carried out by Italy’s Investindustrial – are facing stiff competition from specialists such as Hollyport Capital, which raised an extremely impressive $500 million for its fifth tail-end-focused secondaries fund.

The best advisor category is fiercely contested and much voted-upon, as always, and let’s not forget the unsung heroes, the lawyers who dot the ‘I’s and cross the ‘T’s. Kirkland & Ellis, Debevoise & Plimpton and Simpson & Thatcher are some of the 10-plus law firms who are in the running so far.

There are more than 70 categories in the PEI Awards 2017 spanning three regions, 12 of which are dedicated to secondaries, and the polls are open until 5 January. Your friends and rivals have already voted in their droves – don’t be left out!

In the meantime, Secondaries Investor wishes you a Happy New Year, and looks forward to seeing you again in January.