Queen Elizabeth II, monarch of the United Kingdom of Great Britain and Northern Ireland and head of the Commonwealth, is a secondaries investor, according to leaked documents.

She invested through the Duchy of Lancaster, her private portfolio of land, property and assets.

The findings were reported by the International Consortium of Investigative Journalists, which led the probe into the documents.

According to the Guardian newspaper, Dover Street VI took a position in Vision Capital Partners VI, a 2006-vintage, €353.5 million buyout fund. A letter dated September 2007 reportedly shows that the duchy was asked to contribute $450,000, or 6 percent of its commitment, to the Vision Capital fund, which acquired assets such as off-licence chain Threshers and retailer BrightHouse.

According to the ICIJ, the Queen’s offshore investments are not disclosed in the duchy’s annual financial reports. She is not obliged to reveal details of her personal wealth but voluntarily pays income tax.

Dover Street VI had delivered net internal rate of return of 5 percent and a 1.3x total-value-to-paid-in multiple as of the end of March 2016, Secondaries Investor reported.

The chief finance officer of the £500 million ($657 million; €567.4 million) duchy estate, Chris Adcock, told the BBC: “Our investment strategy is based on advice and recommendation from our investment consultants and appropriate asset allocation…

“The duchy has only invested in highly regarded private equity funds following a strong recommendation from our investment consultants.” 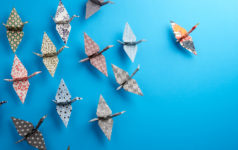