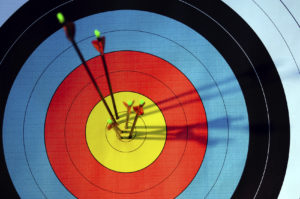 There are 38 secondaries funds in market, targeting an aggregate total of at least $26.7 billion, as of 17 December, PEI’s Research and Analytics division revealed.

Nearly half (19) of those funds have a global focus and they account for more than 83 percent, or $22.3 billion, of the target. Among these funds are Lexington Capital Partners VIII, which had collected $6 billion toward its $8 billion target as of November, and Coller International Partners VII, which has a $5 billion target. Strategic Partners also launched its sixth real estate secondaries fund with an unknown target earlier this month.

The number of secondaries funds being raised in the US and in Europe are about equal. The nine funds in the Americas have a target of $2.2 billion, compared to eight European funds targeting $1.9 billion.

In the US, Origami Secondary Fund II launched earlier this year with a $1 billion target. The largest European fund is Paris-based Fondinvest X, which is targeting roughly $500 million.

At the end of the third quarter there were 37 secondaries funds in market targeting an aggregate total of $31.08 billion. Funds that closed just before or during the fourth quarter include Strategic Partners VI, DB Secondary Opportunities III and Akkadian Ventures III.

This story has been updated to reflect the fact that STIC Investments and ANT Global Partners each closed an Asia secondaries fund this year, reducing the total of funds in market to 38 with an aggregate target of at  least $26.7 billion.