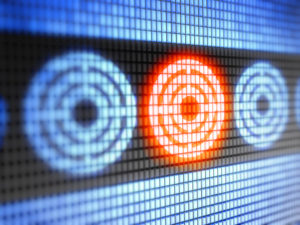 There are 37 secondaries funds in market as of 30 September, targeting $31.08 billion, according to PEI’s Research and Analytics division.

The bulk of the funds (18) are global; the largest funds are Lexington Capital Partners, which is targeting $8 billion for its eighth fund and Coller Capital, which is gearing up to raise $5 billion. The Blackstone Group’s Strategic Partners is also included in the list of global funds in market at the end of the third quarter, although its Fund VI closed on $4.4 billion on Friday.

In the Americas, there are nine secondaries funds in market, targeting a total of $1.74 billion. These include Fort Washington, which recently increased the target for its eighth fund from $250 million to $300 million. The Carlyle Group’s Metropolitan Real Estate Equity Management is also included in the list. The firm had collected $2 million for its latest secondaries and co-investments fund as of last month.

In Europe there are fewer secondaries funds (six), but they are targeting more capital – $1.81 billion. Among these is Akina, which is nearing a second close for its maiden secondaries fund, a source familiar with the matter told Secondaries Investor last week.

The same four Asia Pacific secondaries funds have remained in market during the second and third quarters. Two of those funds are being raised by Singapore-based ANT Global Partners. The vehicles, ANT Japan Fund IV and ANT Bridge Asia No. 5 Private Equity Secondary Investment Fund, are targeting $184 million and $150 million respectively. All four funds have an aggregate target of $708 million.

There haven’t been any Africa or Middle East-focused secondaries funds in market all year.