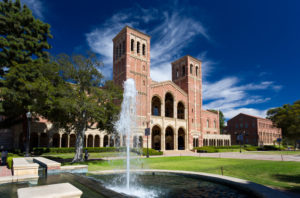 Pomona Investment Fund has made its first secondaries transaction by purchasing a $25 million portfolio of 17 underlying fund stakes, according to a statement from its manager Pomona Capital. The fund is closed-ended and targets high net worth individuals.

Secondaries Investor previously reported that secondaries interests in the vehicle were worth $20.8 million as of 30 June, according to an August filing with the Securities and Exchange Commission. Based on that purchase price, it amounts to at least a 7 percent discount on average for the 17 fund interests.

Pomona Investment Fund issued a statement last month saying that it bought the portfolio from a US endowment. Although Pomona did not disclose the name of the endowment, a UK regulatory filing indicated Pomona Investment Fund and Pomona Capital VIII bought a stake in Clyde Blowers Capital III from The Regents of University of California. Clyde Blowers III is part of the portfolio.

More than half of the portfolio the fund purchased is concentrated in Insight Venture Partners funds, while other general partners included Advent International, TPG Capital and Oaktree Capital Management. Strategies include early-stage venture capital, real estate, buyout and credit. In total, there are nine GPs with more than 300 underlying companies, according to the Pomona October statement.

“This creates a complimentary mix of assets that seeks near-term expected cashflow and longer-term growth,” Michael Granoff, chief executive officer of Pomona Capital, said in the statement. “For investors, this fund offers the opportunity for diversified exposure to private equity, with the potential to mitigate the typical private equity J-curve and minimise blind pool capital risk.”

As of 30 June, Pomona Investment Fund was $50.8 million in size, including nearly 41 percent invested in secondaries, with the remainder of the vehicle invested in Fidelity Institutional Money Market Portfolio, a money market fund. Pomona Investment Fund, which requires a $25,000 minimum subscription requirement, also has the ability to make primary and direct commitments.

Pomona Capital, which is part of Voya Financial, is the manager of the fund, while Voya Investments Distributor distributes it.