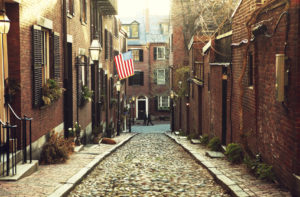 Permal Capital Management has collected about $178 million for its fifth secondaries fund, according to documents filed with the US Securities and Exchange Commission on Thursday.

Permal Private Equity Opportunities V launched earlier this year with a $500 million target. The fund will also include a $5 million GP commitment, bringing the total target to $505 million.

A separate filing for Permal Private Equity Opportunities V(a) indicates the firm has collected an additional $50 million, although its unclear if Fund V(a) is a side-car or is part of the main fund.

The firm has been investing in secondaries since 2002. The firm actively invests in LP fund interests, secondary directs and structured transactions, according to its website.

Its previous secondaries fund launched in 2010 and raised $403 million, surpassing its initial target of $350 million, according to PEI’s Research and Analytics division.

The Dallas Fort Worth International Airport Retirement System committed $5 million to Fund IV and the Retirement Board of Allegheny County committed $3 million. Other limited partners in the fund include the Memphis Light, Gas and Water Retirement Systems, and the Albuquerque Community Foundation.

Fund IV investors paid a 1.25 percent management fee with an incentive fee of 10 percent of investment profits. The incentive fee was to be paid only after a preferred return of 8 percent was achieved, according to documents from Dallas Fort Worth Airport.

Boston-based Permal is led by president and chief executive officer Red Barrett and managing directors Robert Di Geronimo, Ben Marino, Adriaan Zur Muhlen and Michael D’Agostino – all of whom are listed on the SEC documents.