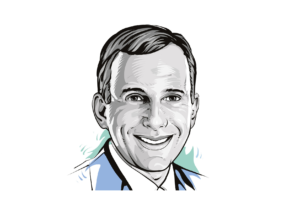 This is the first time sister publication Private Equity International has named an advisor as Game Changer of the Year. The case for Evercore’s Saul Goodman, though, is compelling.

Goodman’s team of 14, which he runs with partner and managing director Rafael Polanco, has been at the heart of a trend that burst into the limelight in 2019: the sale of minority stakes in private equity firms. Yes, transactions of this type have been around for decades, with large limited partners investing capital into their favoured general partners, but only in the past few years have a triumvirate of specialist funds made this type of financing a regular part of the playbook.

Think of a deal in this space and – more likely than not – Goodman’s team will have advised the GP.

In 2019, the firm advised GI Partners, BC Partners, Nordic Capital, HGGC, Marlin Equity Partners and I Squared Capital, among others. In previous years it advised on investments in Bridgepoint (the owner of Secondaries Investor parent company PEI Media), Francisco Partners, Platinum Equity and Silver Lake.

“Saul Goodman is the gorilla in this space,” as one advisor told PEI last year.

“We were lucky to be involved in most of the early deals in the space years ago and learned a lot,” Goodman told PEI last month. “Then, when the market expanded, we were an obvious choice, given the experience and knowledge of the details of these transactions, which are rather nuanced.

“We built the first and only dedicated group and stressed senior level attention and the strictest confidentiality.” Goodman’s team is separate from Evercore’s other private funds-focused units, which, as indicated by our awards honour roll this year, are leaders in their respective fields.

The market for GP stake sales has seen a glut of deals in the past three years. It has also seen the three dominant players – Blackstone, Goldman Sachs and Neuberger Berman’s Dyal Capital Partners – raise billions in dry powder, with other firms entering the market. This raises questions about the opportunity set. There is a finite number of private equity firms with the franchise value and track record that make for a safe enough bet. Where will the dry powder be deployed?

“Most firms that could do this – strong performers with solid governance and LP relationships – have still not done so,” says Goodman. “Many of those are in the middle market.” Goodman also identifies credit, infrastructure, venture and real estate as the next frontiers that are “really opening up”.

The same goes for Europe. “We are also starting to see several follow-on deals, where either the existing investor or a new party buys more equity in a firm a few years after the initial investment,” he adds. “I think you will see that more often.”