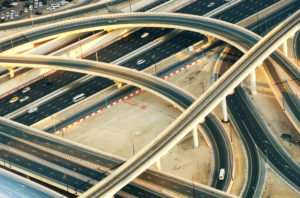 Pantheon, a London-based investment firm, has expanded its global infrastructure and real assets team, adding three professionals including a partner to the group.

Richard Sem, who comes from FCS Capital Partners, was appointed partner within the group, while Tatjana Van Vloten was named vice-president, according to a statement. Radhika Patel will also join the team as an analyst, with all three working in the London office.

Sem has experience in the transport and energy sectors, working in Europe, Australia, Canada and Latin America. He previously worked as a director of infrastructure for InfraRed Capital Partners before joining FCS in 2015. Van Vloten comes from IFM Investors, where she was a senior associate on the firm’s direct investment team. Patel comes from Accenture Consulting.

The hires come as Pantheon seeks $1.2 billion for its third infrastructure fund focusing on secondaries. The vehicle, which has already received $40 million commitments each from the UK’s Surrey County Council Pension Fund and the US-based Tacoma Employees’ Retirement System, will focus on infrastructure secondaries and co-investments in developed markets.

Andrea Echberg, who heads the European infrastructure and real assets team, said in the statement firm “continues to grow in step with the buoyant dealflow we are currently seeing across all geographic markets”.