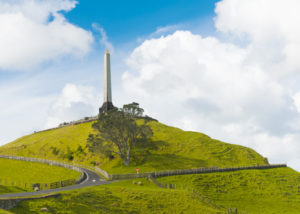 NZ Super Fund has sold stakes in three of its offshore alternative funds valued at NZ$105 million ($73 million; €65 million) to an undisclosed buyer, as it focuses on “fewer and deeper” external manager and advisor relationships.

“These investments were some of the smaller ones in the fund and the move to sell them is consistent with our strategy to have fewer, deeper relationships with our investment managers,” Fiona Mackenzie, head of investments for the fund, said in a statement. “It is also pleasing to be able to realise gains from a part of the fund’s portfolio that has performed strongly in recent years.”

Proceeds from the sale would be invested in its Reference Portfolio, a low-cost, passive portfolio of listed stocks, NZ Super said, without disclosing the sale price or name of the buyer. The three stakes accounted for 0.3 percent of the superfund’s overall portfolio, it said.

All three funds are US-based and invest in a range of sectors including software and healthcare IT, media, financial and professional services and distressed debt.

At the end of March, the fund’s private equity exposure was 5 percent, compared with 6 percent at end of February, mainly due to the sale of these stakes.

NZ Super would not comment on whether the sales were part of a concerted move to offload its smaller private equity stakes, saying it would not discuss future investment plans or opportunities. In its annual report, the fund said it was increasing its focus on direct investments and will boost staff numbers in line with the change, as previously reported by sister publication Private Equity International.

In a recent interview with Secondaries Investor, Nigel Gormly, head of international direct investment at the pension fund, had said it was reducing its exposure to unlisted real estate assets, looking instead to “keep it simple and keep it in a low-cost passive exposure.”

NZ Super Fund returned 5.3 percent in March 2016 and 9.4 percent since inception, it said in its March 2016 quarterly report. It has 40 different investment and asset managers from around the world representing a wide variety of investments.