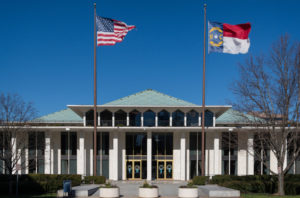 The pension administrator, which manages $120.1 billion in retirement and fringe benefits of the state’s public employees including for the North Carolina Retirement System (NCRS), wants to exit “low conviction” funds across real estate, private equity, funds of funds and other direct private funds in potential sales facilitated by investment bank Houlihan Lokey, according to a 29 March investment document outlining its major initiatives.

The pension administrator has already tested the market with a limited secondaries sale, the investment document shows.

NCRS’s private equity portfolio was worth around $4.6 billion and represented around 5 percent of its assets as of 27 March, below its 6 percent target allocation, according to a 29 March performance review document. Its core and non-core real estate portfolio was above its 8 percent target at 8.8 percent and was valued at around $8 billion.

As part of its cost-efficiency initiative, the department is also open to restructuring fund of funds vehicles, although it did not specify what this would entail. The pension wants to save $100 million for the NCRS investment programme over a four-year period, the document shows.

The pension has also sold interests, including around $850 million worth of stakes in funds including Apollo Global Management, TPG Capital and Warburg Pincus-managed vehicles in 2011.