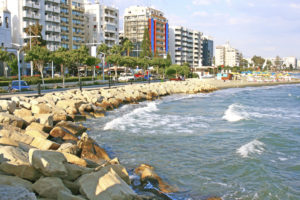 NKB Investments has sold its stake in four EQT funds to Hermitage & Co., according to UK regulatory notices.

EQT is a private equity firm that invests in Northern and Eastern Europe, Asia and the US. The funds sold include EQT Infrastructure I, a 2008 vintage fund that raised €1.17 billion, according to PEI’s Research and Analytics division. The fund is fully invested and has nine portfolio companies, including Wyoming-based oil and gas company Peregrine Midstream Partners and gas transmission network company Swedegas, according to EQT’s website.

In addition, NKB sold its stake in EQT Opportunity Fund, which raised €372 million in 2006 and invested in seven medium-sized companies in Northern Europe that had a sound business model but faced problems. The fund closed prematurely for new investments in 2010, according to EQT’s website.

London-based MVision served as the placement agent for all four EQT funds, according to its website.

EQT, which did not return a request for comment, was founded in Stockholm in 1994.  The firm is in market with its EQT Infrastructure II and has raised a subsequent flagship fund – EQT VI closed on its €4.75 billion hard cap in 2011, according to its website. No additional China-focused or opportunity funds have been raised

The buyer, Hermitage is a Geneva-based asset manager that was founded in 2005 and is led by chairman of the board of directors Georges Vergnion and chief executive officer Eric Bertier.

Limassol, Cyprus-based NKB is an authorised Cypriot investment firm and is part of the brokerage division of Russian financial services company URALSIB Financial Corporation, according to its website. The firm did not return a request for comment by press time.