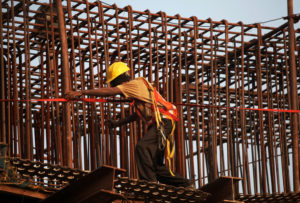 NewQuest Capital Partners has made the second deal from its recently closed third fund by investing in the only two assets held in private equity firm Paragon Partners‘ portfolio – both of which are India-based.

The direct secondaries firm, which is planning to open a Mumbai office this year, invested $21 million in construction company Capacit’e Infraprojects and precision engineering company Maini Precision Products through a combination of primary and secondary shares, according to a statement.

In September, the firm made its first investment from Fund III when it acquired back-office outsourcing firm Integreon from Actis and a unit of Philippines-based Ayala Corporation for an undisclosed sum.

Among its Indian investments are financial services company Ujjivan as well as the India-focused assets of venture capital firm Draper Fisher Jurvetson, both of which it made from its $316 million NewQuest Asia Fund II.

NewQuest has raised $1.25 billion across three funds and acquired stakes in over 45 companies since it was established in 2011.