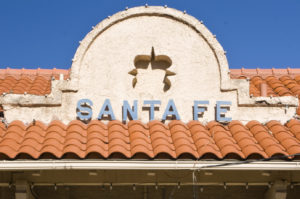 The New Mexico State Investment Council has sold three European fund stakes to Partners Group after an initial approach from Partners several months ago, according to multiple sources familiar with the matter.

The interests in the three funds – 3i Eurofund V, Apax Europe VI and Apax Europe VII – were sold at a 2 percent premium to NAV and together have roughly $4 million in unfunded commitments.

New Mexico originally committed $34.8 million to 3i’s Eurofund V, a €5 billion 2006-vintage vehicle. Other limited partners in the fund include the Florida State Board of Administration and Goldman Sachs Asset Management, according to PEI’s Research and Analytics division. The fund was generating a return multiple of 1.13x as of 31 March 2014 and its net internal rate of return was “decent”, according to a source. 3i recently bought back a stake from another LP in Eurofund V for £27 million, increasing the firm’s stake in its fund by about 2 percent.

3i and Apax were identified as non-core managers for New Mexico, part of the $19 billion institutional investor’s ongoing portfolio restructuring, meant to reduce its relationships by about 50 percent. Currently, New Mexico’s 25-year-old private equity portfolio has 120 funds with 80 managers, but the investment council wants to make bigger commitments to fewer managers. The restructuring process could take more than a decade, according to a source.