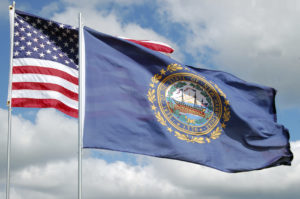 The New Hampshire Retirement System has committed $20 million to Top Tier Venture and Velocity Fund (VVF), according to pension documents.

Top Tier is a venture capital specialist that is raising its debut dedicated secondaries and co-investments fund.

The fund has a $200 million target and held a first close on $102 million earlier this year, according to PEI’s Research and Analytics division.

Top Tier VVF will make investments on a pro rata basis alongside Top Tier’s flagship funds. Between 10 percent and 20 percent of Top Tier’s latest flagship fund, which is in market targeting $400 million, will be deployed in secondaries.

Top Tier typically invests in single-fund interests on the secondaries market and some of its deals can be as small as $1 million or $2 million.

The San Francisco-based firm spun out of Paul Capital in 2011 and is led by chief executive officer David York and non-executive chairman Philip Paul, according to its website.

New Hampshire previously committed $50 million to Paul Capital X, but $37.5 million of the commitment was returned last year when Fund X struggled to make headway. In March 2014 Paul Capital ended a six-month search for a buyer, causing it to become a ‘closed-doors’ firm.

Top Tier VVF brings New Hampshire’s total secondaries fund commitments to about $232 million since 2009. This year, it committed to one other secondaries fund, $50 million to Lexington Capital Partners VIII, which launched last year with an $8 billion target.

While New Hampshire has committed $70 million to secondaries funds in 2014, it only committed $32.5 million in 2013 because of the returned Paul Capital commitment. Other 2013 investments included $50 million to HarbourVest Partners’ Dover Street VIII and $20 million to Industry Ventures Secondary VII.

Secondaries make up 22 percent of New Hampshire’s private equity and private debt portfolio. Most of the portfolio is focused on buyout and co-investment funds (28 percent), followed by growth equity funds (23 percent).

New Hampshire had $6.4 billion of assets under management as of June 2013, according to its website.