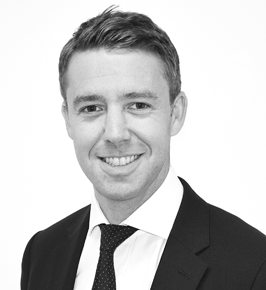 MJ Hudson, an alternative assets-focused law firm, has promoted Ted Craig from senior associate to partner, according to a statement.

Craig is a member of MJ Hudson’s fund practice and focuses on fund formation, fund advisory and secondary transactions.

“[The] most recent [secondaries] activity for us by number of deals has been LP fund stake transactions, followed by secondary directs/ ‘other’,” Craig told Secondaries Investor. “By capital being deployed this trend is probably reversed, with the secondary direct / ‘other’ deals having tended to be larger scale.”

Craig has also worked on a number of GP restructurings, he added.

“We saw more activity on the GP restructuring side earlier in the year – though not all of these came to fruition, due, of course, to the execution risk on these types of deals being that bit higher.”

Craig’s promotion is one of three in MJ Hudson’s London office. The firm also promoted M&A and transactional lawyer Andrew Mills and chief financial officer Peter Connell to partner, bringing the total number of partners at the firm to 10.

“We consider Asia to be one of the key regions from where economic (and our own) growth is coming from and will continue to come from,” Hiren Patel, who heads MJ Hudson’s Asia practice, previously told Secondaries Investor.

MJ Hudson has had a strong existing client base in Asia and a number of the firm’s European clients have had offices in the region for some time. The Hong Kong office will be managed by new partner Simon Fraser and “precedes a number of other international office openings that MJ Hudson has in the pipeline”, the firm said in the statement. Patel previously said Singapore was also on the firm’s radar.