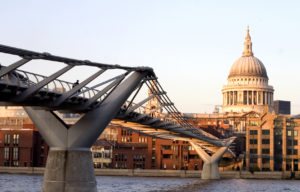 At least two investors hope to sell their stakes in two large European real estate funds, according to a list of funds with sellers seeking buyers seen by Secondaries Investor.

An investor is trying to sell a stake of more than €20 million in The Carlyle Group’s Europe Real Estate Partners III, which raised €2.23 billion in 2007. The LP wants to sell its stake for a 5 percent discount to NAV.

The fund invested in value-added opportunities primarily in Western Europe. In July 2010, the firm paid £671 million for six assets in the White Tower portfolio, according to Carlyle’s website. The assets include the Sampson and Ludgate Houses on the south bank of the Thames, the Millennium Bridge House on the north bank and Alban Gate office building. Carlyle sold Alban Gate last month for £300 million and Millennium Bridge House for £87.6 million last November.

As of 30 June 2014, the fund was generating a net internal rate of return of -5 percent and a multiple of invested capital of 1x, according to Carlyle’s second quarter earnings report. The fund had only realised €483.3 million as of 30 June and is still investing, according to PEI’s Research and Analytics division. Carlyle declined to comment.

Another LP is interested in selling a €4 million stake in Tishman Speyer European RE Venture VI, a €1 billion fund that closed in 2007. LPs in the fund include Netherlands insurance company Achmea, the Irish National Pensions Reserve Fund and the City of Philadelphia Board of Pensions and Investment, according to PEI data.

The LP is looking to sell the stake for a price higher than NAV, according to the list.