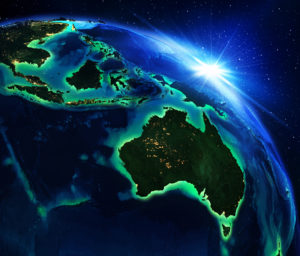 2018 was a good year for the Asian secondaries market. Though the numbers have yet to be totted up, many people to whom Secondaries Investor spoke believe volumes will exceed 10 percent of the global total, up from 6 percent in 2017.

Asia was the location of some of the biggest secondaries deals in 2018, including the spin-out of Standard Chartered’s private equity team, the GP-led processes on TPG Asia V and VI and the sale of $2 billion of private equity stakes by Singaporean sovereign wealth fund GIC. Here are a few predictions for the year ahead.

Trade tensions to cast a shadow

Despite the success of these brand-name deals, there are dark macro clouds on the horizon. Fears of a trade war have hurt Asian companies’ profits, putting downward pressure on the region’s public markets and driving a wedge between the pricing expectations of buyers and sellers on the secondaries market. An escalation in tensions is likely to worsen the situation.

“A lot of deals have been done on December and March net asset values,” says one secondaries buyer that has looked at Asian deals this year. “Deals getting done off June or September NAVs will be more tricky. There’s been an emphasis on trade wars for a while but people are now starting to go into a more detailed analysis of what it might mean.”

“Sometimes it provides encouragement to current LPs to sell because they can’t see another pathway out,” says a Hong Kong-based buyer. “At the same time, how do we value those assets? Whatever we think the fundamental value is, the public markets can be extraordinarily volatile in Asia.”

VC is a lower-risk bet in Asia

Indian and Chinese venture capital and growth are proving popular with our Asia-inclined readers, as growing numbers of VC-backed companies start to generate steady revenues. High management turnover should present direct secondaries, restructuring and spin-out opportunities, as GPs look to maintain alignment with their LPs.

“In high-growth markets there’s been a lot of successful strategies on the VC side,” says Jonathan Abecassis, EMEA secondary advisory in the private fund group at Credit Suisse. “Copying well-established business models and rolling those out is sometimes easier to underwrite than in other [better developed] markets, where it’s a completely new idea and you have no idea how it’s going to play out.”