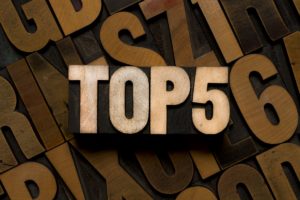 Transaction volumes were considerably higher in year-on-year terms during the first half of 2017, pointing to a possible record 12 months.

The advisory firm said it expected deal volume to exceed $40 billion in 2017, near or above the $42 billion record level of 2014. It also predicted that the number of $1 billion-plus secondaries sales will be in the double digits, given the tendency for the second half of the year to be busier than the first.

Here are the five most noteworthy deals of the year.

In April Ardian announced it had used its 2015-vintage ASF VII fund to complete the largest-ever stapled secondaries transaction. The deal involved the firm investing $1.75 billion in the Gulf-based sovereign wealth fund’s secondaries portfolio, consisting of 14 limited partner stakes and 14 direct investments. It then committed $750 million to a $1.5 billion blindpool that Mubadala Investment Company will manage, announcing its entry into the world of private equity fund management.

Market participants had long been touting a successful blue-chip GP-led process as a watershed moment to show that such processes were a portfolio management tool for all, not just those in distress. BC Partners, one of Europe’s biggest private equity houses, provided this in September when it used a staple to help raise its €6.7 billion 10th fund. The process involved Lexington Partners buying the stakes of 22 limited partners in BC European Capital IX, a 2011-vintage, €6.7 billion fund, and committing around $300 million to Fund X.

In October Warburg Pincus sold a $1.2 billion strip of Asian investments from its 11th flagship fund, a 2012-vintage, $11.2 billion vehicle. Lexington Partners and Goldman Sachs were the largest buyers in the deal, which allowed the firm to reduce its exposure to Asia while helping other GPs increase theirs. The fund was believed to be around 50 percent exposed to Asia, including a high proportion of venture capital assets.

Though the year was noteworthy for its complex, structured secondaries deals, there was no shortage of big-ticket, traditional LP stake sales. In August Secondaries Investor reported that Landmark Partners and Metropolitan Real Estate Equity Management had emerged as buyers of real estate assets totalling almost $2 billion from Harvard Management Company, manager of the US’s largest university endowment. The value of Landmark’s deal was around $1.6 billion and was the largest real estate secondaries transaction this year.

5. Investindustrial buys €750 million of its own assets

One of the more unusual deals of the year involved southern-Europe-focused Investindustrial raising a fund to buy €750 million of assets from its own 2008-vintage vehicle. Believing that there was still value in the fund, the firm transferred six assets into the fund, a move that effectively amounted to a 10-year extension on the original vehicle. AlpInvest Partners became the majority LP in the new fund.