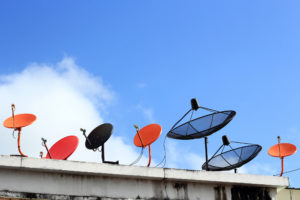 Lexington Partners has bought a portfolio of 16 direct stakes from media company ProSiebenSat 1 Media, according to a statement by the German company.

The stakes are part of the ProSiebenSat 1 Media’s “media-for-equity” programme, which sees the company take equity positions in young companies in return for exposure on its television channels.

Most of these stakes were accrued through SevenVentures, the financial investment arm of ProSiebenSat 1 Media SE, though some were purchased by other companies in the group.

The interests will be placed in a new fund called Crosslantic Capital. Lexington is acquiring a majority position in that fund, with SevenVentures keeping a minority holding of 24.5 percent, the statement says.

The firm is currently in the market with Middle Market Investors IV, a secondaries fund targeting $2 billion. The fund will focus on established US mid-market buyout funds that are less than 50 percent invested, Secondaries Investor reported in March.

The proceeds of the sale amount to a “mid-double-digit” million figure in euros, according to the statement. The stakes accrued under the media-for-equity programme have generated average IRR of around 30 percent.

Lexington secured the stakes in an anonymous bidding process, according to a spokeswoman for SevenVentures.

“We are a financial investor,” she added. “It’s our business model to sell them after a few years.”

While SevenVentures tends to take minority stakes, it will buy companies that it especially likes. In March 2015 it upped an existing stake to take control of Amorelie, a chain of German sex shops.