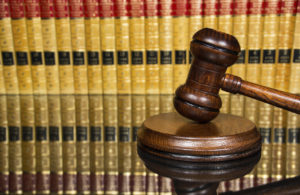 Kirkland & Ellis has added a partner from Ropes & Gray to its investment funds group whose focus includes secondaries.

Anand Damodaran joins the law firm in its London office, according to a statement from the firm.

His responsibilities include advising on secondaries stake sales; establishing private equity, real estate and hedge funds; negotiating contracts with fund service providers; and structuring carried interest and co-investment schemes, according to the statement.

Prior to his stint at Ropes & Gray, where he spent five and a half years, he worked in the London offices of White & Case and Clifford Chance.

Kirkland has made at least two other secondaries-related hires this year. In January it poached Debevoise & Plimpton’s Nicholas Cassin, a New York-based lawyer who had worked on HarbourVest Partners’ acquisition of SVG Capital, and in June Sean Hill joined as a partner in the firm’s Boston office, having worked on fund formation and transaction execution at Proskauer Rose.