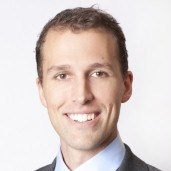 UK and South Africa-based specialty bank Investec has appointed Stefan Szczurowski to its fund finance team in an effort to expand its lending capabilities, Secondaries Investor has learned.

Szczurowski began the new role last week and relocated to Investec’s London office from Sydney, where he worked on the bank’s corporate and acquisition finance team.

“Stefan is joining the team to help expand our lending structures and solutions, covering lending to UK and European primary funds, secondary funds and credit funds. This will involve a lot of secondaries work,” said Simon Hamilton, who heads Investec’s fund finance team.

Szczurowski will report directly to Hamilton. His appointment brings the total number of Investec’s fund finance professionals to 10, although Hamilton said the bank plans to add an eleventh member when a suitable candidate can be found.

Earlier this month Investec announced fund finance team member Gregg Kantor will relocate from London to New York to strengthen the bank’s fund finance team in the US. Investec has been seeing an increased use of leverage among secondaries firms, particular in the US, Secondaries Investor previously reported.

Investec’s fund finance business was established in 2006 when Hamilton joined the firm.