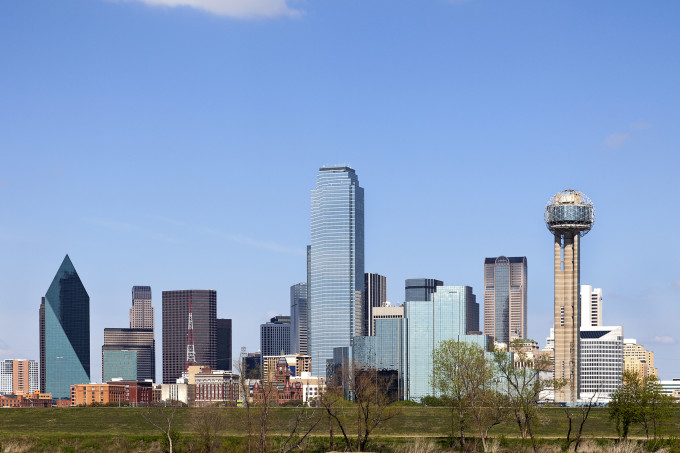 The members of one of the US’s biggest pension schemes are used to coming to other people’s rescue, but in recent months the police and fire officers of Dallas have been the ones in need of aid.

The US public sector is home to some 6,000 state and local pension funds holding about $3.8 trillion in assets between them. About 95 percent of that is managed by the top 200 pensions, including the Dallas Police and Fire Pension System, which last year tottered on the brink of collapse under the weight of seemingly unwise investments in real estate and other alternatives.

Secondaries sales were part of Dallas’s attempts to steadily whittle down its portfolio of alternatives. To reduce its exposure to private investments, the pension fund has been selling assets on the secondaries market with the help of investment bank Evercore. In December the pension fund board approved the sale of 26 fund investments in real estate, private equity and private debt. Those sales brought in $133 million in 2016 and another $113 million in 2017.

Bad investments, and the existence of an easy route for retirees to cash out their pension benefits with lump sum withdrawals, drained more than $1.5 billion from the fund’s net asset value. The pension, which did not reply for comment for this article, saw its funded liability rate plummet from 70 percent to as low as 35 percent by early this year, leaving it facing the prospect of running out of money in about a decade.

State and local governments joined police and fire employees recently to hammer out a rescue requiring sacrifice on all sides. But the depth of the problems raised questions about management and solvency at other pension funds and on the use of alternatives to boost returns, including real estate, private equity and private debt.

For alternative asset managers, which may regard pension funds – with their deep pockets and long-term financial horizons – as dream clients, the Dallas fiasco is a wakeup call. That is especially the case because when a pension fund fails the finger-pointing often extends beyond the pension fund’s managers to outside financial advisors.

“Smart asset managers will not get in bed with bad pension funds,” says Leo Kolivakis, a Canadian-based pension fund analyst and blogger who has worked as an analyst at Canadian pension funds. “There is reputational risk.”

But turning down a pension fund as a client is not a decision most asset managers would easily make, particularly smaller managers trying to grow their funds. Established and successful managers may have the luxury of being more selective. “Top asset managers can pick and choose their clients,” Kolivakis says. “They will be leery of dealing with rinky-dink funds that can go bust.”

Charles Sizemore, principal of investment advisor Sizemore Capital Management in Dallas, has monitored the city’s police and fire service pension situation. He agrees that poor pension fund governance can wind up damaging the image of not just the pension but also of a reputable advisor or alternative manager, particularly when an advisor’s recommendations are ignored in favour of riskier investments that subsequently turn sour.

“If they don’t follow your advice, you have to make sure the finger isn’t pointed at you,” Sizemore says. “They can blame you for it [if things turn out badly]. A lot of people would take one look at the Dallas fund and say, ‘No thanks.’”

The reputational risk is not just from good advice ignored but also from advice that plays out badly. Public pension funds are just that: public. Mistakes tend to be aired in public and financial advisors need to be aware of that.

“Pension funds are large pools of money that are meant to protect public workers,” says Josh McGee, vice-president of public accountability at the Laura and John Arnold Foundation, which does research and advocacy on public pension financing. “There is a risk that when they don’t provide adequate advice, there is going to be public scrutiny. People who are investment advisors or run private funds should take that seriously.”

What happened in Dallas is an example of just how costly poor investment and pension management decisions can be. “There are a lot of underfunded pension funds, but most have more sensible assets in their portfolios,” says Alicia Munnell, director of the Center for Retirement Research at Boston College. “Those in the Dallas portfolio were really quite unusual.”

In an article Munnell wrote for Market-Watch, she described the Dallas portfolio as “crazy”. The pension reached a point where 70 percent of its assets were in alternatives, she wrote, compared with 22 percent for a sample of 160 state and local plans examined by CRR.

But the key issue was the diverse and exotic nature of these alternative assets. The Dallas fund owned luxury homes in Hawaii, a California resort and vineyard, thousands of acres of undeveloped land in Idaho, timberland in Uruguay, and an interest in the production company behind the television series, American Idol.

The fund’s managers ventured into riskier real estate and other alternative investments in the hunt for yield capable of supporting an aggressive return target of 8.5 percent that was needed to support growing liabilities from pensioners. After the tech bubble popped in the 1990s, Dallas pension fund managers pivoted from bonds and equities to riskier bets in the hope of securing better returns.

Outside observers point to the fund’s unsophisticated board and management as a key factor in the creation of the hodge-podge investment portfolio. Its board was comprised of city council members and current and retired police and fire employees, with no seasoned financial professionals.

“Clearly there was a breakdown in governance,” McGee says. Further complicating matters was the fund’s generous withdrawal policy. Called the Deferred Retirement Option Program, it was created in the 1990s and resulted in a run on the fund in 2016, as worried pensioners withdrew hundreds of millions. By then, the fund was projected to run out of money in about a decade.

Richard Tettamant, the fund’s executive director who oversaw the move into alternatives, resigned in 2014 and was replaced by Kelly Gottschalk, who has overseen the reorganisation. Mike Rawlings, the Dallas mayor, recently named six business people to the pension fund board. While it will take time for the fund to wean itself off its collection of assets that are difficult to sell, the reforms are already credited with putting the fund on a firmer footing and lowering the level of the unfunded liability.

“I find it encouraging that when all hell breaks loose, people do put together a serious reform package,” Munnell says. The underlying issue that Dallas sought to address – underfunded liabilities – is a significant and growing problem for public pension funds. McGee points out that public pension promises have steadily increased, to the point that they now account for about a third of US gross domestic product – triple what they were back in 1990.

How public pensions will meet those obligations remains unclear. And while most of the focus is on larger public pension funds, the thousands of smaller ones may also be vulnerable, according to Kolivakis, partly because there is little attention paid to them.

If a big police and fire pension fund in a city like Dallas can get into trouble, what’s to protect the thousands of small pension funds from running into their own investment boondoggles?

One element researchers have been watching is the move by public pensions into alternatives, because they are less liquid and more difficult to deal with when problems arise. CRR looked at a sample of US pensions and found their allotments to alternatives increased from 9 percent of holdings in 2005 to 24 percent in 2015. At the same time, traditional equity and fixed income investments declined.

As Sizemore points out, a large commitment to alternatives is not in any way itself a reason for concern. Indeed, the opposite may be true in many cases. Ninety-three percent of investors said their alternative asset allocations had either met or exceeded their expectations over the prior 12 months, according to a study by BNY Mellon last
year. Almost two-thirds said the alternatives allocation had delivered at least 12 percent.

What matters is how the investments are managed and directed, and how well thought out the investment strategy is – an unusually large allocation to real estate can work out fine, provided it is the right kind of real estate. Ultimately, Sizemore says, the problem in Dallas wasn’t the use of real estate and alternatives, but the type and quality of those investments.

“There is nothing wrong with good, stable cashflow real estate,” Sizemore says. “That is the kind of stuff that Dallas should have been investing in. That is an appropriate investment for a public pension fund. But raw land out west? That is not appropriate.”

Despite selling a number of fund interests on the secondaries market, the pension continues to be overweight private equity in its portfolio, with exposure to the asset class representing $227.9 million, or 10.8 percent as of 31 July. This is down from 14.8 percent in March, but still above its 5 percent target allocation to private equity.