This week we examined GP-led processes in infrastructure, thanks to sister publication Infrastructure Investor’s deep dive into the topic. You can find the coverage here and here.

As with private equity, conflicts in such processes abound, though in infrastructure they’re in some ways less conflict-prone. “The valuation process in infrastructure is much easier and has a greater degree of accuracy,” says Michael Halford, a private funds partner with law firm Goodwin Procter. Still, LPs that find themselves having to decide whether to sell, stay or roll over their interests in a fund should be aware of some potential pitfalls.

One is the motivation of the GP. Does the fund manager want to hold on to an asset because it has a plan to maximise its value for all the parties involved? Does it want to earn carried interest by selling the asset into a new fund? Or does it simply want to extract a few more years’ worth of management fees? If the GP-led process is an asset sale, resulting in the creation of a new vehicle such as in a fund restructuring, does the GP have a strong financial stake in the success of the new vehicle? Weak deal rationale is a big reason why transactions fall down. Secondaries advisor Lazard put the value of failed GP-led deals in 2018 at $4 billion.

Next comes the tricky issue of pricing. In most complex secondaries deals, the GP is on both sides of the transaction. It has a responsibility to maximise the price for LPs that want to exit the fund and gain liquidity. It may, at the same time, have a financial interest in the new fund that acquires the asset. As such, the GP may not be incentivised to drive the highest price for LPs that are selling their positions, its interests being more aligned with those investors that are sticking with the fund or buying in.

Some authorities, including the US Securities and Exchange Commission, have suggested that deals involving a stapled commitment could dilute the price that exiting LPs receive. If a secondaries buyer offers a staple – a capital pledge to a GP’s next fund, in addition to backing the secondaries process – the GP might view that bid as preferable to a bid that is higher but that doesn’t offer a staple. For these reasons, a second opinion on price from a third-party valuations firm is very much advised.

Ultimately, transparency is key. The Institutional Limited Partners Association suggested in its April guidance that the GP should engage the LP advisory committee at the earliest opportunity around the objectives, rationale and process of the transaction, as well as the terms and economics of the deal.

It should also ensure that all existing LPs have equal access to all information that has been made available to the LPAC, potential bidders and new LPs. This should include data on the outlook for the underlying portfolio, current fair market values and a projected timeframe for the realisation of all investments.

Infra secondaries are accounting for an increasing share of the secondaries market – almost 10 percent of deal volume last year, according to Greenhill. Addressing potential conflicts is key to ensuring the market’s growth.

Write to the author at rod.j@peimedia.com 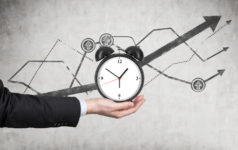 Infra assets during covid-19: Is time on the industry’s side?