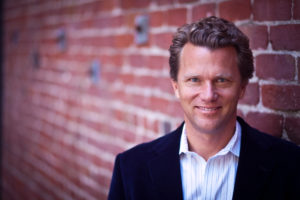 I think it depends on what type of deal they are selling. If it’s a direct secondary in a unicorn or mid-sized venture-funded business, a lot of those sellers are individuals who have left or executives that are either getting a re-up in their stock or want to sell some of their prior stock. There’s a lot of common stock equity around because a number of sellers haven’t had liquidity and companies are staying private for longer.

Can you give some examples of deals you’ve closed recently?

In terms of the transactions we closed last quarter it was a mix. Some family offices sold LP interests to us, we spun out from a corporate venture fund, and we bought part of a hedge fund position in a really rapidly growing company.

Are there any undervalued pockets in this high-price environment?

The deals that are the most interesting for buyers – which means the quality of investment plus the price plus a unique ability to transact versus the competition – have involved smaller deals. This means sub-$25 million, so too small for a big secondaries fund and too small for anybody that’s large and institutionally funded, like a sovereign wealth fund.

The other thing is complicated transactions, so small and complicated. That could mean buying a portfolio or spinning out a team or restructuring a fund – things that take three to six months to go through the legal process. Those are the ones that people don’t want to work on or there aren’t many people who have that expertise.

Venture seems to produce a lot of these opportunities…

Over the last 10 years a lot of funds that used to do those deals grew too big to do them anymore. Venture is difficult for folks to understand in aggregate. The companies are not cashflowing, so you can’t do a financial analysis. I think in general there are still interesting things to work on but the deals are smaller and more complicated.

Would you want to get bigger, to become one of the funds you describe?

We’ve capped the last three funds to keep them small. Our last three have all been $500 million or less and there’s been a reason for that. The only way that our funds might become larger is if there was a massive downmarket correction and there was distress, fear and uncertainty. Then I could see ourselves deploying more capital. But in a bull market, we think it’s been better to have a smaller partnership.

Could a period of distress be coming?

People in the secondaries market have been saying that for three years. I’ve been going to networking events with all the manging partners from the big secondaries funds and every one of them has said they think the market has peaked. That’s hard to call. If you didn’t buy anything three years ago, right now you’d probably regret it. I think we’ve been long overdue for a cycle but I don’t know how, when or why that would happen.

Do you have any expansion plans?

In the last nine months or so we’ve hired three new people. I’ve got 24 employees today, there’s almost thirty people in the office with contractors – I think the team today is very good. We hired Alex Adam, a new vice-president of investor relations from NECP, we hired Fanni Fan as an associate in our directs team and we brought on a new venture partner Jonathan Roosevelt, who’s been helping out our directs team. We don’t plan today on adding any more staff but if there’s anyone awesome in the market who we’d love working with, we’ll hire them.