Returns for secondaries funds were up in the second quarter of this year amid a mixed picture across the private asset classes, according to data from the Institutional Limited Partners Association.

The ILPA Secondaries Benchmark, which tracks the pooled net internal rate of return of secondaries funds, returned 4.96 percent in the three months to 31 June, compared with 3.1 percent in the previous quarter.

Of the 10 benchmarks under analysis, five produced better returns in the second quarter of 2017 than the previous one. The biggest gains were from Europe PE & VC, which realised a net internal rate of return of 12.6 percent in US dollar terms compared with 4.41 percent in the last quarter.

The only fund type to return a negative internal rate of return was Natural Resources, which registered -0.83.

The net IRRs for secondaries on a 1-quarter and 10-year basis are marginally above the ILPA All Funds Index, which benchmarks all strategies. Returns over one-, three- and five- year horizons are lower.

Secondaries have performed best across a 1-year period, accruing an IRR of 14.06 percent. 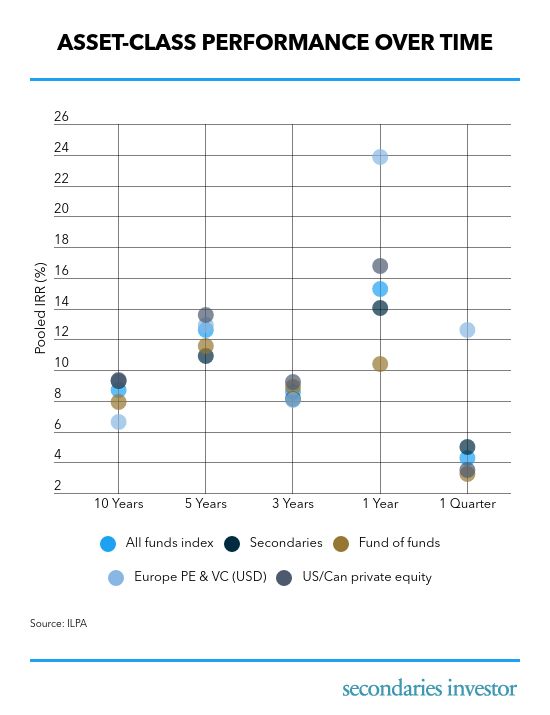