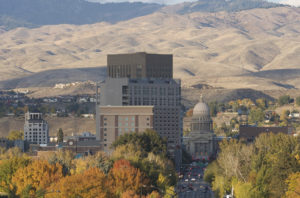 Secondaries make up the smallest portion of the Public Employee Retirement System of Idaho (PERSI)’s private equity portfolio, according to documents from the pension’s December board meeting.

PERSI has a 3 percent exposure to secondaries, as of 30 June. Historically, the pension has committed to four secondaries funds.

Three of the secondaries funds are fund of funds managed by Hamilton Lane, the pension’s private equity consultant. The most recent was $20 million to Hamilton Lane Secondary Fund III in 2012. Fund III closed on its $900 million hard-cap last year, surpassing its $650 million target.

PERSI has committed to a direct secondaries fund manged by Zesiger Capital Group in 2004. The commitment amount is unknown and a spokesperson from PERSI did not return a request for comment by press time.

Still, secondaries is tied with growth equity for the lowest exposure in PERSI’s portfolio. The bulk of the portfolio consists of mega-, large- and mid-sized buyout funds.

PERSI has committed a total of $2.25 billion to private equity. Its total fund has an 8 percent allocation to the asset class as of 30 September.