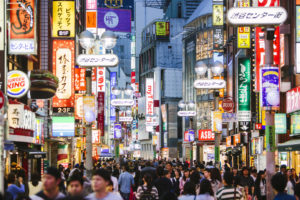 HQ Capital is continuing to rebuild its secondaries team with the appointment of an Asia-based managing director.

The $11 billion investment manager has hired Motoya Kitamura to work out of its Hong Kong and Tokyo offices, according to a statement. He joins the firm from Asian secondaries specialist AB Value Capital, where he has been managing partner.

From 2007 to 2014 he worked for Macquarie Group in Japan on funds of funds, secondaries and co-investments, according to his LinkedIn profile.

“We are delighted to have Motoya Kitamura join our growing team,” said David Pierce, HQ Capital’s head of Asia. “Motoya has long experience in private equity fund investing, on both a primary and secondary basis, as well as co-investments, and he brings a deep understanding of the market in Japan, which is an increasingly important one for HQ Capital.”

HQ Capital’s secondaries co-heads Christian Munafo and Chris Lawrence left in June, Secondaries Investor reported. Later the same month it appointed Ben Wilson as a managing director and Alec Brown as a director of its secondaries team. Both had previously been with Pantheon.

HQ Capital has been investing in Asia since 1997 and has had a presence there since 2007. Auda Asia Secondary Fund, its first vehicle dedicated to the region, closed above target on $250 million in May 2018 after 31 months in the market, according to Secondaries Investor data. The $503 million flagship Auda Secondary Fund IV, which closed at the same time, also invests in Asia.

Details of Fund IV’s investments were revealed in documents seen by Secondaries Investor in October.

HQ Capital was founded as the US investment arm of the Harald Quandt family foundation.