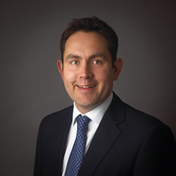 Hamilton Lane has promoted five investment professionals including a secondaries executive in London and staff in its Asian offices.

The firm promoted Richard Hope, who leads its secondaries and co-investment activities in Europe, the Middle East and Africa (EMEA), to managing director. Hope is a member of Hamilton Lane’s global investment team and joined the firm in 2011. He was previously a director with Alliance Trust Equity Partners where he helped to establish its private equity fund investment business.

Hamilton Lane also promoted Vesna Sipp in London who focuses on client relationships. Sipp, a decade-long veteran of the firm, was previously a member of the fund investment team, working on primary fund opportunities across the EMEA region.

“These promotions reflect the continuing growth in our activities and in the demands of our clients across the region, as well as our commitment to developing top talent in London and around the world,” Jim Strang, head of Europe at Hamilton Lane, said in a statement.

In Asia, the firm also promoted three people who focus on fund investment and relationship management to managing director. Tomoko Kitao, who joined the firm in 2012, now leads the firm’s operations in Japan. Kitao previously worked at The Bank of Tokyo-Mitsubishi UFJ.

In Hong Kong, the firm promoted Mingchen Xia and Josh Jacob. Xia is a member of the fund investment team, while Jacob focuses on relationship management.

Philadelphia-headquartered Hamilton Lane is currently seeking $1.25 billion for Hamilton Lane Secondary Fund IV, its biggest dedicated secondaries fund to date, and had raised about $229 million as of early January, according to a filing with the US Securities and Exchange Commission.

The firm is also seeking $400 million for Hamilton Lane Private Equity Fund IX, its latest fund of funds, which can invest up to 20 percent in secondaries.

Hamilton Lane has over $239 billion in total assets under management and supervision, and employs more than 250 staff in 12 global offices.

Carmela Mendoza contributed to this report.