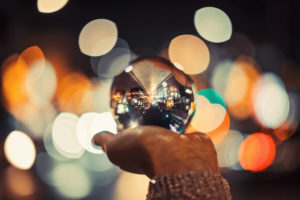 Greenhill Cogent has released its Secondary Market Trends and Outlook report for 2018, highlighting a number of trends that could make it a “banner year” for secondaries. Here are five key takeaways.

Transaction volumes will set a record for the second consecutive year

The advisory firm puts near-term dedicated secondaries dry powder at $125 billion, helping ensure the market remains tilted in favour of sellers. Buyers are increasingly becoming sellers, with secondaries funds and funds of funds accounting for 18 percent of market volume in 2017 compared with 16 percent in 2016 and 12 percent the previous year. At the same time transactions are getting larger, with deals of more than $500 million accounting for 31 percent of volume in 2017. These are among the factor that Greenhill Cogent believes will drive a record year.

The market will continue to diversify from buyout funds

In 2017 buyout funds accounted for 39 percent of stakes traded, down from 54 percent in 2016 and likely to continue in that direction, according to the firm’s report. This is partly because buyers are broadening the array of fund types they look at and because their return expectations are lowering. For example, buyers traditionally required a higher rate of return from distressed funds given their opacity and perceived higher risk, and increased competition and readily available leverage have caused this expected premium to narrow.

In 2017 average pricing increased even as NAVs were written up over the course of the year, largely reflecting the lack of volatility in public markets. The spread between low and high bids for a given fund is set to narrow in 2018 as this benign environment (despite some recent speed bumps) and the ever increasing efficiency of the market combine, Greenhill Cogent noted.

North America could come to the GP-led party

Europe eclipsed North America last year by 48 percent to 40 percent in terms of GP-led deals, with the rest of the world accounting for 12 percent. The firm believes there is “significant pent-up supply” in the latter that could come to market in the next 12-24 months. GP-led deals accounted for $14 billion last year, around 24 percent of the total, and the firm expects this figure to top $20 billion next year.