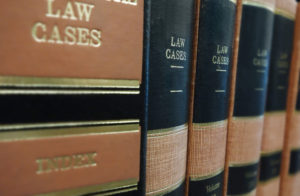 The growth of GP-led processes was the key theme that emerged from Secondaries Investor‘s survey of law firms’ activity last year.

London-based law firm Stephenson Harwood said 2016 marked the year in which “GP-led processes gained significant popularity and formed a substantial part of our instructions” and noted that a clear preference is emerging for these deals to be structured as a fund recapitalisation.

“A fund recapitalisation – the sale of the fund’s assets to a new vehicle backed by the secondaries buyer – enables existing limited partners to cash out at that price or to roll into a new fund with new terms, rather than as an LP tender offer, where interests in the existing fund vehicle are acquired directly by the same buyer,” Gabriel Boghossian, a partner at Stephenson Harwood, told Secondaries Investor.

Boghossian, two other partners and a number of private equity associates joined Stephenson Harwood in January 2017 from King & Wood Mallesons. The team advised on 17 secondaries deals worth $1.1 billion last year.

Deal volume was defined as purchase price plus unfunded commitments for transactions that closed during the year.

Kirkland & Ellis, which advised on the largest number of secondaries deals by value at $10.2 billion across 64 transactions, also said GP-led transactions had evolved in recent years.

Proskauer advised on the highest number of deals at 80, worth $6.5 billion. GPs want to wind up old funds and a “sponsor-led” transaction is often the best choice, Proskauer partner Sean Hill told Secondaries Investor.

“It is time consuming, expensive and difficult to sell companies off one-by-one, especially for funds that are 10-plus years old and their companies have not been monetised yet for whatever reason,” Hill said. Sponsor-led transactions are often the most attractive structure so that investors seeking liquidity can exit their investment, and those that want to continue have the option to do so, he added.

Buyers are searching for proprietary deals with limited competition, and this is a sector where experienced investors can put money to work, Hill said.

Gibson, Dunn and Crutcher, which advised on 21 deals worth $2.2 billion, noted a growing interest in tail-end portfolios, including older vintage funds of funds.

Morgan, Lewis & Bockius advised on 67 secondaries transactions worth $5.2 billion and said regulatory changes provided a mixed motivation for sellers, with some motivated to dispose of interests to conform with the Volcker Rule, while other sellers delayed deals due to anticipated regulatory changes.

London-headquartered alternatives-focused firm MJ Hudson said one surprise during the year was the presence of a number of non-traditional buyers.

“We acted for a small number of family offices buying fund positions,” the firm noted, adding it expects the trend to continue as primary fund investors start to consider accessing the secondaries market. The firm worked on 38 deals worth $1.4 billion.