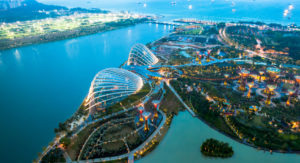 The deal amounted to around $450 million, according to a statement from Vector Capital, a San Francisco-headquartered firm that invests in established technology businesses.

Investors in the firm’s 1999-vintage, $218 million Vector Capital II and 2005-vintage, $350 million fund III were given the option to sell their stakes or roll over into a vehicle, Secondaries Investor understands.

The duration of the new vehicle is understood to be around five years.

The deal makes Goldman and the Singapore sovereign wealth fund the largest investors in the funds, according to the statement. According to a source familiar with the matter, Goldman was an existing investor and GIC was not.

A majority of the Funds II and III is accounted for by graphic design software developer Corel and IT security firm Watchguard, said Vector’s founder and CIO Alex Slusky. Although the price was not disclosed, investors received a “premium value that is meaningfully above the assets’ original cost basis”, he added.

Vector Capital has around $3.5 billion in assets, according to PEI data. Its most recent buyout fund, Vector Capital V, closed in February 2017 on $1.41 billion, above its target of $1.2 billion.