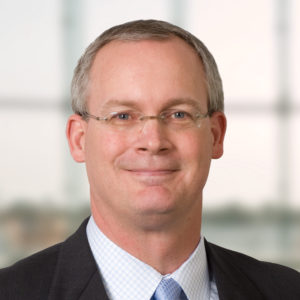 Fort Washington Capital Partners simultaneously marketed its third secondaries fund and its eighth primary fund of funds, which closed in 2014. We caught up with head of private equity Steve Baker to discuss the details including a $180 million capital overlap between vehicles.

Fort Washington was in market with its $150 million Opportunities III secondaries fund and $300 million Fund VIII primary diversified fund at the same time; how did that affect fundraising?

It won’t always be the case [that we raise funds simultaneously] because the fundraising cycle for our primary fund of funds is a bit shorter than that of our ‘opportunities’ fund. This was maybe a bit of an anomaly but I think it helped us. It gave us two products to present to investors. From a dollar-weighted perspective, about 40 percent of capital overlapped between the funds. So, we raised $450 million total and $180 million came from limited partners in both funds.

How did the fundraising process for Opportunities III compare to fundraising for previous secondaries vehicles?

We launched Opportunities III in May 2013 thinking it would take a year and it did. We closed in May 2014. Most of the capital was actually raised in 2013 and we really just topped off our hard-cap in 2014. Fundraising for the predecessor vehicle took quite a bit longer because we launched it in 2008, right as the global financial crisis hit. We wanted to be very judicious in the amount of capital we raised this time. LPs were telling us that the secondaries market offers attractive returns and is maturing as an asset class. However, they also recognised that there is a lot of capital coming into the market – in some cases too much.

How has the LP base shifted between the two funds?

What does FW Capital have lined up in terms of secondaries deal flow?

Opportunities II is fully deployed, so this fund has picked up right where it left off. We basically do two things – we pursue structured solutions and we buy limited partner interests. Pricing is less favourable on traditional secondaries interests, so even though we don’t have any hard targets or allocations, we anticipate that strategy will be a smaller part of the fund. We just closed our first transaction in the fourth quarter; we’re very patient and we expect to deploy the fund over three to four years.