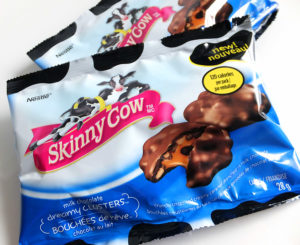 The State Board of Administration of Florida has sold its interest in PAI Europe V to Partners Group, according to a UK regulatory filing.

PAI Partners’ fifth private equity fund closed on €2.7 billion in 2008 and is partially realised, according to its website.

The firm declined to comment. However last week, Secondaries Investor learned French asset manager La Financière Patrimoniale d’Investissement had also sold its stake in Fund V. The Graphite Enterprise Trust, which was an existing investor in the fund, bought the stake for £8.5 million, according to Tim Spence, a senior partner and finance director at Graphite Capital management.

The fund has also partially realised its investment in IT services company Atos and fully exited Nuance, a travel and duty free retailer. As a result of the two exits, 36 percent of the fund has been realised at an average return of more than 2.5x.

However, in mid-2012, Fund V was generating a net internal rate of return of -3.3 percent, according to documents from the Pennsylvania Public School Employees’ Retirement Board. PSERS committed to PAI’s three prior funds and also committed €100 million to PAI’s latest fund which is currently in market. PAI Europe VI has collected €1.4 billion toward its €3 billion target, according to PEI’s Research and Analytics division.

Earlier this week Secondaries Investor reported Florida had also sold its interests in two 3i funds to Partners Group. The $180 billion pension expects to continue to review secondaries opportunities as both a buyer and seller of fund interests, according to its 2014 investment plan.

“Our decision to sell was based on a combination of factors, including strong pricing and a desire to rebalance and refocus our European private equity portfolio,” a Florida spokesperson told Secondaries Investor. “We are reducing our exposure to large pan-European GPs and increasing our focus on smaller, regional or country specific funds in Europe.”