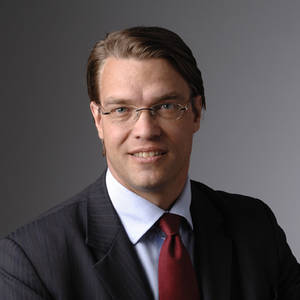 The best secondaries market deals are found ‘off the beaten track’ and not through auctions, explains Hanspeter Bader, head of private assets at Unigestion.

What makes transactions bought through auctions difficult to complete today?

Discounts in the current environment aren’t as big. Competition for these transactions is very high, because there are a lot of large secondaries funds out there who would like to do deals through auctions. Excessive valuations in auctions have also led investors to use more leverage, which increases financial risk. These are signs that pricing is getting tighter and tighter.

What type of deals does Unigestion complete outside of the auction market?

The best secondaries market opportunities are ‘off the beaten track’ deals that can be complex to structure. What we try to identify is those funds where a lot of value has already built up in the portfolio, but is not yet expressed in the net asset value. They are typically five or six years old haven’t had big realisations happen. We ‘cherry-pick’ the assets we want to buy and we don’t buy portfolios. Our deals are only between $5 million and $25 million. They are systematically not auctioned, as the auction process would probably cost more than the price increase achievable in the auction.

We focus more on future upsides of a fund, rather than the discount at which we can buy it today. What counts for investments in the end is how much money you can earn in the future, not how cheap you can buy it. It’s risky to buy bad quality funds, even at cheap prices. Discounts are irrelevant in the long-term.

The deal flow that comes through auctions doesn’t concern us, but as a result we have to create our own deal flow. We have to be active in sourcing transactions, rather than taking them when the opportunity comes along.

It’s also challenging when we negotiate the funds with a seller. In the end, the seller may decide not to sell the fund, simply because he may want more value than what we’re offering him. The sellers of today are smart and typically not “forced sellers”. If they don’t achieve the sales price they have in mind they will simply not transact.  This risk isn’t as prevalent in auctions because once a portfolio is in the market, it’s pretty certain the deal gets done.