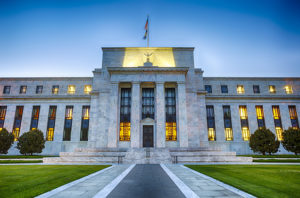 The Volcker Rule should be revised so that banks can invest any funds – including private equity – that do not engage in “stand-alone, short-term proprietary trading,” according to the chief executive of the American Bankers Association.

Rob Nichols said limiting the definition of a “covered fund” to those engaged primarily in short-term proprietary trading would better enable the rule to achieve its aim of ensuring stability in the financial markets. Banks private equity investments are restricted to 3 percent of tier one capital.

Compliance with Volcker had resulted in a mass sell-off of private equity assets by banks, including private markets fund stake sales.

“[It would] align the definition with the statute’s intent while excluding those funds that rely on Investment Company Act exemptions but do not engage in the activity that the Volcker Rule is aimed at proscribing,” he said in a letter to the governor of the US Federal Reserve System, Jerome Powell.

He added the definition should also be revised to enable banks to invest more in vehicles, including venture capital funds, which “provide programs for various areas of public welfare.”

“Applying the Volcker Rule to these funds is alien to the purposes of the statute,” he said.

The letter was written in response to Powell’s statement, made at a Reuters summit in October, that the Federal Reserve was committed to “revising and refining” the Volcker Rule regulations in order to make them “more effective, efficient and focused.”

“We believe that these changes [proposed in the letter] taken together with revisions to the proprietary trading restrictions, would achieve these goals by tailoring the regulations alongside congressional intent, thereby addressing systemic risk while encouraging safe and sound banking practices and facilitating economic growth,” Nichols said.

Proposals to amend the Volcker Rule have gained momentum over the past six months. The Financial CHOICE Act, which is being examined by US lawmakers, proposes scrapping the rule, while a consultation on its “breadth, efficacy, and compliance burden” for fund managers was launched in August by a banking regulator, the Office of the Comptroller of the Currency.