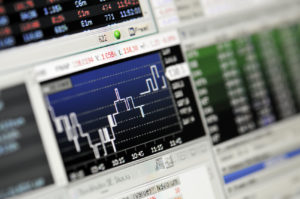 Activity in European real estate secondaries has been strong in the past few months, according to PropertyMatch, an online trading platform for secondary units in European unlisted real estate funds.

“Following an extremely active July in the secondary market, August has continued in exactly the same fashion,” PropertyMatch wrote in a secondary market pricing update. “Global capital flows continue, with deals being agreed in UK, continental European and US funds.”

A €15 million stake in Carlyle European Real Estate Partners III traded at a 3.5 percent discount to fourth quarter net asset value (NAV), it wrote. The fund, which makes opportunistic real estate investments in Europe, closed in June 2008 on $3.4 billion, according to PEI’s Research and Analytics division. There is continued interest in the fund for buyers and sellers, PropertyMatch noted.

In the UK, a £2.2 million ($3.4 million; €3 million) stake in Standard Life Long Lease Property Fund sold at a 0.25 percent discount to the offer price. The £1.6 billion fund was launched in 2003 and invests in properties with long leases from across the UK retail, office and industrial sectors, according to Standard Life’s website.

Two deals closed in Henderson UK Property Fund at a 0.75 percent premium to NAV, totalling over £11 million, and a £1.25 million stake in M&G Secured Property Income Fund traded at 4 percent above NAV, the update noted.

Fabian Neuenschwander, senior vice-president at Partners Group, told Secondaries Investor this week that his firm is seeing better opportunities in Europe than the US overall, especially in the UK and Scandinavia.

“In Europe, the market is still a bit more opaque, which makes it relatively more attractive for a secondaries investor,” he said. “There’s also less competition in Europe.”

PropertyMatch provides a marketplace for over 160 funds across Europe for investors across the globe and is co-owned by CBRE Real Estate Finance and US inter-broker GFI Group.