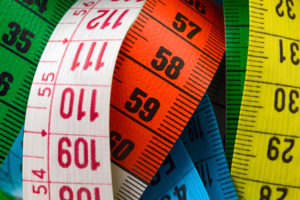 Europe’s financial regulators will follow the lead of their US peers in overseeing private fund portfolio valuations over the coming years, delegates at the sixth AIFM Directive conference in London anticipate.

“The Securities and Exchange Commission is looking closely at valuations models, and we expect the trend here in Europe will move towards increased regulatory oversight too,” said Tomas Freyman, managing director at investment bank Lincoln International.

An auditor from Deloitte said fund managers should expect accountability to increase and, as a result, firms should work now to improve their valuation models.

“Accountability is going to increase further, and producing robust valuations is one of the key aspects of running a fund,” Yasir Aziz said.

Aziz added that ensuring the valuation methodology is consistent and can be justified is one way of doing this, and as an auditor this is one of the key factors taken into consideration when looking at valuations.

“If you’ve got a holding in the oil and gas sector, for example, and you’re basing its valuation on an oil-price forecast, we will be looking at other oil-price forecasts that a firm has used to value other companies in the portfolio to ensure they match,” he said.

Employing a team to produce valuations across the portfolio rather than having individuals looking at single companies could help this process.

The anticipated increase in regulatory oversight will build on growing manager accountability in the valuations process seen over the past few years, which has in large part been driven by investor demands, but also by regulatory requirements.

“There has been a bigger shift to independent valuations over the past few years, albeit a large proportion remain in-house,” Aziz said.

Quoting a Deloitte study, he added that 70 percent of firms in 2013 assigned valuation tasks to their front office, a figure that fell below 50 percent in the 2016 survey as firms’ finance functions began to take over the task.

For some firms, the decision to outsource their valuation process is largely dependent on their degree of knowledge of the underlying assets and the asset class into which they have committed capital.

“In many cases outsourcing externally is not relevant, especially if there is sufficient internal resources to carry out the task,” said Douwe Cosijn, chief executive of listed private equity association LPEQ.

He added that when a team has less experience of investing in an asset class, it’s preferable to outsource to a third-party valuations team.