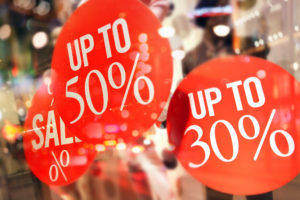 It it becoming less important to limited partners that secondaries funds buy at a discount, a conference has heard.

Speaking on a panel at the PE Insights conference in London last week, Tim Flower, a managing director with HarbourVest Partners, said growing numbers of LPs understand that the net asset value of a fund on entry is not necessarily indicative of its return potential.

“We’ve done several deals at a 10 or 15 percent premium that are some of our best,” Flower said. “LPs are surprised and we’re very happy to take them through why [the deals proved successful]…The obsession with discount has somewhat moved on.”

Understanding the asset, the general partner and their approach to valuation is central to finding hidden bargains, said Mitesh Pabari, a principal at Hamilton Lane: “For example, some Italian funds keep their assets at cost for tax reasons. You have to take account of what the journey has been. Is the GP over-marking assets? If you know them well enough, you’ve got a perspective on that.”

While agreeing that the correlation between the discount on entry and return is low, Chi Cheung, a partner with Glendower Capital, said his firm has an “allergic reaction” to paying premiums.

“Our goal is to deliver top-quartile, buyout-like returns. If you’re paying a premium to top-quartile buyout funds, you’re not going to beat those returns,” he said.

The average discount paid for a buyout fund was 6.2 percent in the fourth quarter of last year, compared with 5.3 percent a year before, according to research by UBS’s secondaries advisory group published in March.