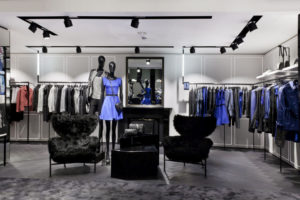 The Canada Pension Plan Investment Board has bought stakes in Apax Europe VI from a group of investors, according to a UK regulatory notice.

Apax Europe VI closed on €4.31 billion in 2005 and received commitments from limited partners such as the California State Teachers’ Retirement System, the New Mexico State Investment Council and Ilmarinen Mutual Pension Insurance Company, according to PEI’s Research and Analytics division.

Apax’s Europe-focused funds invest in large buyouts in the technology and telecom, healthcare, media, financial and business services and retail sectors. Apax lists six current investments on its website that were all made in 2006 and presumably from Fund VI, including fashion label Karl Lagerfield, pan-European hospital operator Capio and gaming and lottery company Sisal.

Adveq sold its entire Apax stake to CPPIB from its Adveq Europe II, a €249 million fund that closed in 2001. The firm declined to comment.

HarbourVest Partners, which did not return a request for comment by press time, only sold 50 percent of its Apax stake to CPPIB. The firm invested in the fund using its HarbourVest International Private Equity Partners V, which raised €670.6 million in 2007, according to PEI data.

CPPIB has been focused on GP restructuring opportunities on the secondaries market. At the end of April, the group’s head of secondaries and co-investments Yann Robard told Secondaries Investor that CPPIB had identified more than 75 private equity funds in need of restructuring after completing a review of 750 funds last year. CPPIB declined to comment on the Apax secondary purchase.