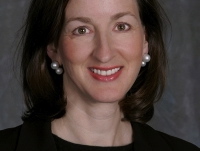 Commonfund has hired former JPMorgan executive Catherine Keating as chief executive officer, according to a statement.

Keating will replace Verne Sedlacek, who has been Commonfund’s CEO since 2003. He joined the firm in 2002 as an executive vice president and chief operating officer and announced his decision to step down from CEO this past June.

Commonfund began the search for a new CEO immediately and expected the process to last upwards of one year. However, Keating is expected to assume the new role in February 2015.

“We all agreed that Catherine’s proven leadership in asset management, track record for building and leading teams and commitment to working with non for profit organizations, along with her open and direct management style, made her the ideal candidate for the position,” Commonfund board chair Robert Litterman said in the statement.

Keating spent nearly twenty years at JPMorgan, most recently serving as head of investment management Americas. She was also the CEO of US private banking for more than six years and head of private banking wealth advisory and fiduciary services for three years, according to her LinkedIn profile.

Prior to joining JPMorgan Keating was a partner at law firm Morgan, Lewis and Bockius.

Commonfund’s fund of funds arm Commonfund Capital is gearing up to launch a dedicated secondaries fund, two sources familiar with the matter told Secondaries Investor last month. The fund launch would come about one year after the firm hired Cari Lodge as a managing director to oversee its secondaries investments.

The Connecticut-based firm has historically invested in secondaries through its private equity, venture capital and natural resources fund of funds.