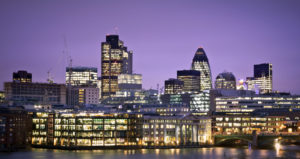 Marquardt joined the secondaries firm’s London headquarters on 2 June as a partner and co-head of investor relations, according to a letter to investors seen by Secondaries Investor. Marquardt will work alongside Susan Flynn, who intends to step down as investor relations head next year.

“Stephen’s appointment will ensure that we maintain the highest level of service to our investors,” the letter from chief investment officer and founder Jeremy Coller reads.

The addition of Marquardt comes as Coller invests its $7.2 billion Coller International Partners VII fund, which held a final close in December.

Marquardt joined London-based Doughty Hanson in 2000 as head of investor relations and fundraising, later becoming its chief executive. Prior to that, he was managing director of investment banking at Merril Lynch where he spent 22 years.

Marquardt is the second former Doughty Hanson professional to join Coller this year. In March the firm poached Adam Black, who was head of sustainability at Doughty, to head its ESG and sustainability operations.