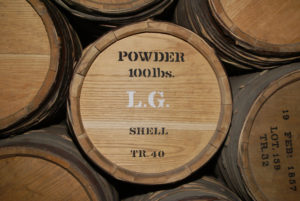 Cogent Partners estimates there is nearly $84 billion of capital for secondaries investments, including $9 billion of available leverage.

The total capital overhang includes $45 billion in available equity and $30 billion of near-term fundraising, as well as leverage, which was calculated as 20 percent of total equity.

At the time of the estimate, near-term fundraising included funds such as Lexington Capital Partners VIII, which has an $8 billion target, Landmark Real Estate Fund VII, which is likely to be oversubscribed, and Unigestion Secondary Opportunity Fund III which is targeting $472 million.

PineBridge Secondary Partners III is also included in the funds being raised. Cogent accounted for the fund’s $500 million target, however the fund closed last month on $308 million.

Cogent said its estimate of $84 billion in dry powder equates to roughly two times total transaction value over the last 12 month period, which was $42 billion.

Cogent’s dry powder estimate is in line with Evercore’s, which last stood at $87 billion. Both figures are an increase from the $64 billion Landmark Partners projected in October. However, some limited partners like the Oregon State Treasury have said dry powder is only somewhat a concern.

Cogent is in the process of closing a deal with Greenhill & Co, which agreed to acquire the firm for $97 million earlier last month. Since its founding in 2002, Cogent has advised on secondaries transactions involving thousands of limited partner interests, including 55 deals valued at $11 billion in 2014 alone. The combined firm’s secondary advisory work will operate under the name Greenhill Cogent.