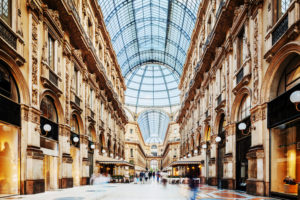 Capital Dynamics has acquired an Italian private equity funds of funds manager after buying part of its portfolio last year.

The Swiss-headquartered alternatives manager, which has $15 billion in assets under management, has agreed to acquire the entire share capital of Advanced Capital SGR for an undisclosed sum, according to a statement, in a deal set to close during the third quarter.

The source of funding for the deal is not clear.

In December 2016, the Milan-based firm sold a majority of its €321 million, 2006-vintage ACII fund of funds to Capital Dynamics in a process run by UBS, Secondaries Investor revealed. The portfolio contained stakes in 26 buyout funds and had a net asset value of around $145 million as of 30 September.

Founded in 2004, Advanced Capital has $1 billion in assets under management across four generalist private equity funds of funds, a real estate fund and an energy fund, according to its website.

AC IV was the first of Advanced’s funds of funds to invest in secondaries and make co-investments, according to the its UN Principles for Responsible Investing report from 2014.

Advanced Capital’s chief executive is Robert Berlé, co-founder of one of Italy’s first merchant banks, ABK, formerly Arca Merchant. Its chairman is Robert Tomei, a former advisor on alternative investments at Merrill Lynch, according to the firm’s website.

A follow-up fund was registered in Luxembourg in March.

Italy has been the site of a number of secondaries transactions over the past year, including the spinouts of Fondo Italiano d’Investimento and Banco Popolare de Vicenza.