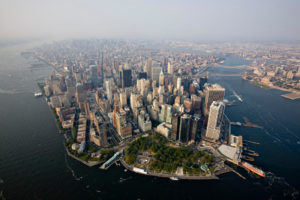 The London-based firm has been in the North American market for more than 10 years, Sealey said, and is now beefing up its business in response to a shifting trend: more US-based private equity firms are looking to fundraise abroad.

“Historically we were focused on acting for UK and European [general partners] fundraising in the US,” Sealey said. “More recently, we have been acting for US GPs, many of whom are seeking to diversify their investor bases internationally by fundraising in Europe and Asia.”

Placement agents can help US-based GPs navigate the complex regulatory environment in Europe, Sealey said. In Asia, the challenge for GPs tends to be more cultural and linguistic, he added.

Campbell Lutyens has made several hires recently to enlarge its US business. Earlier this week, the firm appointed to its advisory board Sir Peter Westmacott, a career diplomat who served as British Ambassador to the US from 2012 until his retirement last January; though Sir Peter will be based in London, his role will be to capitalise on his “unique experience and relationships in the US” to expand Campbell Lutyens’ reach in North America, the firm said in a statement.

In March, the firm said it had hired senior vice-president Andrew Symons from Forum Capital Partners, a placement agent, to boost its limited partner coverage in the US. Symons is based in New York.

Campbell Lutyens raises funds from global institutional investors seeking to invest in private equity and infrastructure funds. It has placed funds on behalf of US-based firms such as infrastructure investment managers Stonepeak Partners (a $3.5 billion 2016 fund) and iSquared Capital (a $3 billion 2015 fund), both headquartered in New York, as well as for Old Ironsides Energy, an oil and gas investment manager based in Boston (a $1.3 billion 2015 fund).