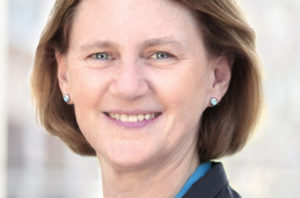 The chief executive of the US’ largest public pension system, Anne Stausboll, will retire on 30 June.

Stausboll served as chief executive of the California Public Employees’ Retirement System (CalPERS) for seven years, since January 2009, when she became the first woman to lead the pension fund. At the time of her appointment, CalPERS had marked a 26 percent loss of its investment assets and faced an ethics scandal involving former officials, including former chief executive Fred Buenrostro.

“She led us through a difficult period, and we have emerged as a more accountable, transparent, and smarter institution,” CalPERS board president Rob Feckner said in a statement from the pension plan.

CalPERS said its board will immediately begin looking for her replacement.

During her tenure as chief executive, she oversaw about 2,700 employees and a $1.8 billion annual budget, according to CalPERS. The pension fund said, under her leadership, it implemented changes such as reforms and laws regarding placement agents, a risk mitigation policy and an asset liability management program. Under her watch, the pension plan also incorporated environmental, social and governance (ESG) into the investment portfolio, introduced the first chief financial officer position, and formed enterprise risk management and treasury management programs into public reporting.

Prior to assuming her current position, Stausboll was the pension fund’s chief operating investment officer and has twice been the interim chief investment officer. In her career she has also served as the California state treasurer’s chief deputy, according to CalPERS.

Stausboll wrote on her Twitter page following the announcement: “[I]t has been an honor and privilege to serve those who serve CA and work w/ #CalPERSBoard and excellent staff.”

Stausboll is also chairwoman of Ceres Board, a sustainable business practices advocacy group, and a member of the Advisory Council for the United Nations Environment Programme. A CalPERS spokesman did not know whether she plans to remain in those positions.