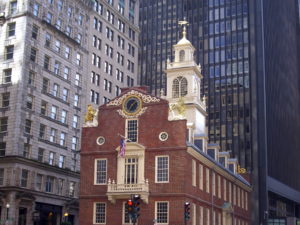 The search is targeting funds focused on “secondaries, mezzanine, distressed debt, venture debt and special situation/turnaround”, according to an announcement on the website of investment consulting firm NEPC.

It made the same call 10 months ago for a $40 million mandate.

Eligible candidates must be raising a closed-ended fund with a final closing date no earlier than 31 December 2017, with preference given to to those that have raised “at least two prior funds and will be raising at least $250 million in the current fund”, according to the announcement.

Existing managers are encouraged to apply.

Submissions must be in no later than 2pm Eastern time on 31 October.

Boston Retirement System is 5.1 percent committed to private equity against a target of 7 percent, according to PEI data.

The pension already has some exposure to secondaries: it has regularly invested in Lexington Partners’ secondaries funds including LCP VII and VIII, as well as the firm’s second mid-market secondaries vehicle. Boston also committed to the 2007-vintage W Capital Partners II fund.

Boston has around $4 billion in assets under management, according to PEI data.