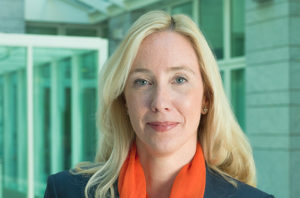 The secondaries market is in for a rude awakening next year when limited partners realise deals were made hastily over the last three years, according to BlackRock‘s private equity head for EMEA.

“Secondaries are a very smart way to deploy capital but I think they have been over-hyped,” Nathalie von Niederhäusern, a Zurich-based managing director in the asset manager’s Private Equity Partners unit, told Secondaries Investor.

“There have been over-promises made to clients saying, commit to a secondaries fund, we will be super fast, the returns will always go up when we buy at a discount and the next year we will mark it up. There will be a couple of surprises based on deals done in a rush and in a hype since 2014.”

Von Niederhäusern, who spent 13 years at Swiss Re in New York and Zurich in senior fund and direct investing roles, joined BlackRock when it acquired the reinsurance group’s private equity and infrastructure fund of funds business in 2012. She said some of the larger secondaries funds have had a slower deployment pace and some deals made in 2014 and 2015 might be under water soon, if they are not already.

Less than 10 percent of BlackRock Private Equity Partners’ $25 billion in assets under management is invested in secondaries. While the firm does manage small separate accounts for clients such as pension funds, it does not experience deployment pressure in today’s highly competitive market because it does not manage large funds dedicated to the strategy, von Niederhäusern said.

Instead, BlackRock has been taking advantage of the high pricing since 2014 to sell tail-end fund of funds positions. Some of the firm’s sales this year include stakes in Cinven and EQT-managed buyout funds, both 2001-vintages, and the 2002-vintage Bridgepoint Europe II, all to London tail-end specialist Hollyport Capital.

BlackRock has “up to” allocations of between 10 percent to 30 percent for secondaries in many of its programmes, and while it is not currently active as a buyer, the firm has bought positions as small as $5 million and as large as $75 million.

The firm’s investors  appreciated it not holding on to assets forever, von Niederhäusern said.

“I don’t think it speaks for the asset class if almost 15 years later after having made a commitment you still receive a capital account from your GP,” she said. “It’s a good time to sell, we have gotten our returns, and it’s time to close the books. It has been a very positive reaction.”