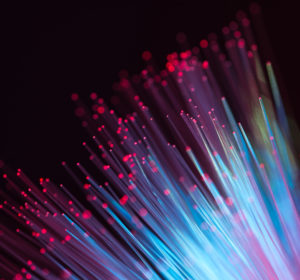 Ardian has picked up a portfolio of fund interests from Europe’s largest financial services company Nordea Group in a deal worth just under €100 million, Secondaries Investor has learned.

UK regulatory filings show the firm acquired at least five stakes in tail-end funds from Nordea Alternative Investment – Global Private Equity Fund I. The fund is a collective investment vehicle known in western Europe as a société d’investissement à capital variable (SICAV), which is similar to an open-ended fund. The vehicle invests in all sectors of private equity and is managed by Nordea Asset Management, a unit within Nordea that manages asset classes across the investment spectrum.

The portfolio of fund stakes was worth nearly  €100 million, said a person familiar with the matter. Pricing and terms of the deal were not disclosed.

Ardian also acquired an interest in EQT V, a €4.25 billion buyout fund managed by Stockholm-based firm EQT. The 2006-vintage fund holds seven remaining investments, the latest being Norwegian telecom operator Broadnet which it acquired in 2012, according to EQT’s website.

The deal also included a stake in Apax Europe VII, which closed above its €10 billion target on €11.2 billion in 2007, according to data from PEI Media’s Research and Analytics division. The pan-European fund, which is managed by London-based Apax Partners, had a return multiple of 1.2 x and a net internal rate of return (IRR) of 4.8 percent as of 31 March, according to an investment report by the Washington State Investment Board, an investor in the fund.

Nordea Asset Management had about €174 billion in assets under management as of 31 December, according to its website.

Ardian also bought a stake in the Fourth Cinven Fund, which closed in June 2006 on €6.6 billion, beating its €5 billion target. The fund holds companies including UK hospital group Spire Healthcare and has attracted secondaries buyers including Landmark Partners, which recently bought stakes in the fund from Hamilton Lane in a separate deal.

Ardian also picked up Nordea’s stake in MVM Fund III, a 2007-vintage £150 million ($232 million; €204 million) vehicle managed by healthcare and biotech investor MVM Life Science Partners. In 2014, the fund invested in Wilson Therapeutics, a Swedish biopharmaceutical company, as part of a $40 million funding round, according to Wilson’s website.

Ardian, which has $50 billion in assets under management, purchased the portfolio through its ASF Brother vehicle, according to the filings.